I’m one of those people who go through life taking a lot of notes. It’s probably because I feel both eager (yeah, and sometimes even a little desperate) for information. I want to know how to do the things that matter to me in the best possible way and with as few regrets as possible later on.

That’s part of the reason I enjoy going to writing conferences, like the Thrillerfest Conference held every July in my hometown, New York City. I always bring a notebook, and without fail, I pick up a few really good pointers about writing. Even though I’m on my thirteenth suspense novel, I still feel very much on a learning curve.

For instance, one year from author C.J Box I discovered a great tip about editing a first draft and it’s made that whole process less arduous for me. And after hearing the awesome Lisa Gardner say she lights a scented candle when she writes, I started doing the same. It’s crazy but the scent of cypress or sandalwood really does make it easier for me to commit to a morning at my desk.

But life can’t be all learning and note taking, right? So last year I started a really nice tradition for myself during Thrillerfest weekend and I continued it this year: a dinner party Friday night at my home for some of the other authors in attendance. Gosh it was fun this year. I served gazpacho, followed by a Caesar salad, followed by Rao’s lemon chicken and yellow beans, and then tiramisu. People stayed till after midnight, so I think they enjoyed themselves. In the photo that’s me in the checked top and then clockwise from there, authors Sara Blaedel, Jonathan Santofer, Lisa Unger, Michael Koryta, Karin Slaughter, Joe Finder, Alafair Burke, and Lee Child. What incredible books they write! (Do you see the germ of a mystery here? What if one of the nine authors suddenly did a face plant into the gazpacho because someone had poisoned their portion?!) 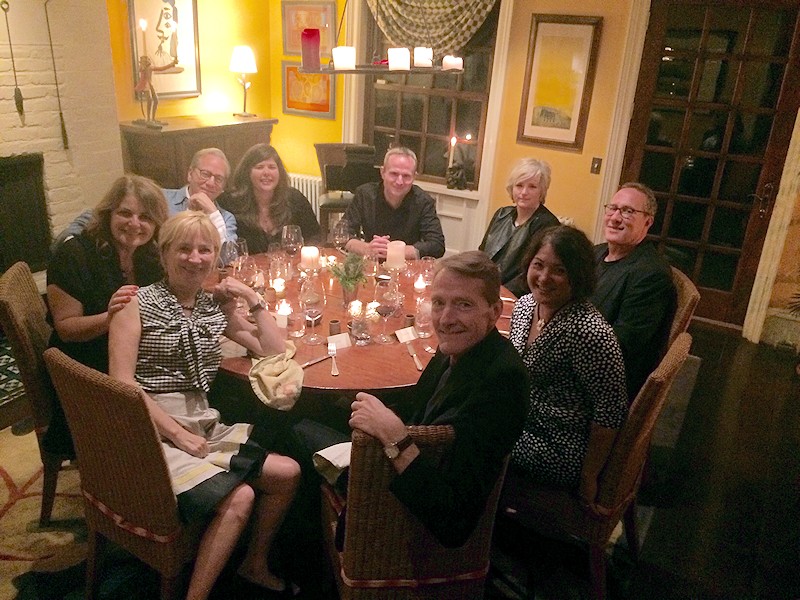 Also, this August, I’m busy writing my eighth Bailey Weggins for NEXT year. EVEN IF IT KILLS HERcomes out in October so pre-order now if you like and that way you’ll have it first thing. 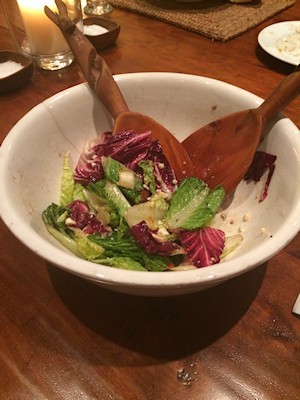 After lots of begging on my part, my friend Yvon, who is French and a fantastic cook, shared the recipe for his signature salad and dressing. Chop romaine, radicchio, and endive. Toss in cilantro (if you like it) and crumbled blue cheese. For the dressing, press a couple of garlic cloves and mix in extra virgin olive oil and balsamic in the ratio you prefer. Add plenty of salt. One of the many things I love about this particular salad is that it’s very sturdy and holds up really well in a buffet, but I often make it just for myself at lunch. I’m kind of weirdly obsessed with it. If you try it, will you let me know what you think?

DEADFALL by my amazing friend Linda Fairstein. She just dropped a copy off for me last night and I started as soon as she left. Love her series, and this one looks particularly delicious. Takes place at the Bronx Zoo! And love that LF dedicated it to the women who were Carolyn Keene.

THIS ROUGH MAGIC by Mary Stewart. She was the queen of suspense in the 60’s, and I loved her. After hearing a bunch of women say her books still hold up, I’ve decided to go back and read some of them again. And then I’ll watch The Moonspinners, the movie based on her book of the same name and starring the enchanting Hayley Mills. Have you seen it? 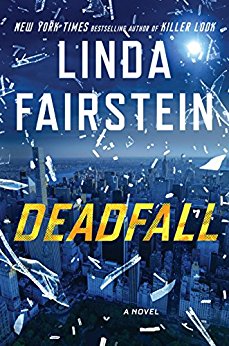 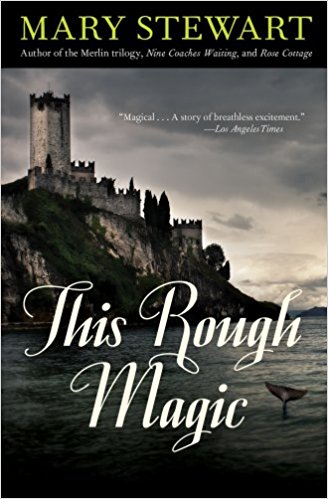