Did you love the show Sex and the City? I didn’t watch every episode but I caught a fair share of them. It was a big hit with Cosmo readers when I was editing the magazine, and we once did a poll with subscribers that included several questions about the show. The answer to one of the questions really fascinated me, and I still think about it.

First, we asked readers which character on the show—Carrie, Miranda, Charlotte or Samantha—they most related to and felt was most like them. You won’t be surprised to hear that it was Carrie. But then we asked if they felt there was a little part of all four women inside of them. A whopping 89 percent said yes.

But that makes sense, doesn’t it? Most of us probably like seeing ourselves as multifaceted women. We don’t want to be pigeonholed, and we want the freedom to express ourselves in different ways and try different things—even if it surprises others.

Which brings me to some news I want to share about my next book. As you know, I’m a mystery and thriller writer but I also write career books. I’m really excited about a new one I have coming out in April–THE GUTSY GIRL HANDBOOK: YOUR MANIFESTO FOR SUCCESS. It’s actually a totally revised edition of a book I wrote 23 years ago called WHY GOOD GIRLS DON’T GET AHEAD BUT GUTSY GIRLS DO, which became not only a bestseller but also a book many women called their career bible. It seems like a perfect time to talk again about the importance of being gutsy at work (or everywhere for that matter).

In THE GUTSY GIRL HANDBOOK, I present the nine core principles that have guided my career, and I offer dozens of bold but actionable strategies for women in any field and at any stage of their career. You’ll find tips on how to own your confidence and ambition; generate killer ideas that take the office by storm; navigate office politics; speak at meetings so you’re heard, not interrupted or “mansplained;” worry less about being liked; and ask for the money, perks, and opportunities you want and deserve. 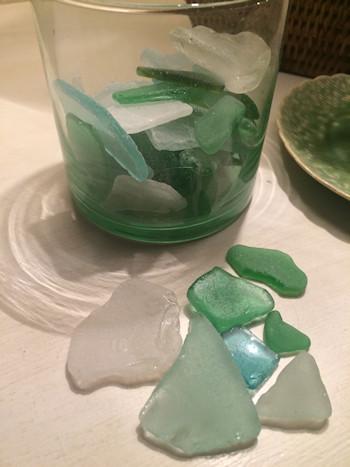 If you’re feeling stuck or undervalued in your career or simply want to go bigger, bolder and more badass, I hope you’ll pick up THE GUTSY GIRL HANDBOOK come April. It’s in a neat handbook format that you can tuck in your briefcase, tote bag, or desk drawer.

Of course, as gratifying as it was to write this new career book, I still adore writing mysteries and thrillers. I just put the finishing touches on another one while here at my home in Uruguay (when I wasn’t sneaking away to look for sea glass on the beach!).

Last Seen Wearing by Hillary Waugh. I decided to reread this delicious novel after recommending it to a friend. Written in 1952, it’s not only one of the first police procedurals but also still considered one of the best. No red herrings, no twisty twists. Just steady, smart police work, and the reader solves the crime along with the detective. I love this little book and so did my friend.

When: the Scientific Secrets of Perfect Timing by Daniel Pink. This book is so darn fascinating. We all take timing into consideration in our lives—when to hunt for a new job, for instance, or undertake a particular task during the day—but according to Pink, timing is science, not an art. The more you know about it, the more effective you can be. I learned a ton from this book. It even influenced my writing schedule a bit! 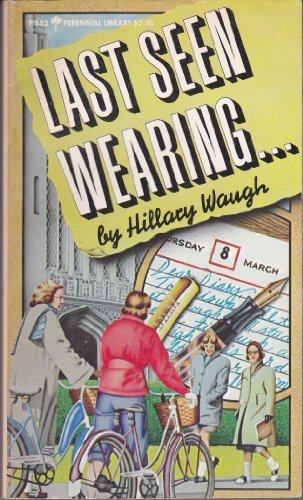 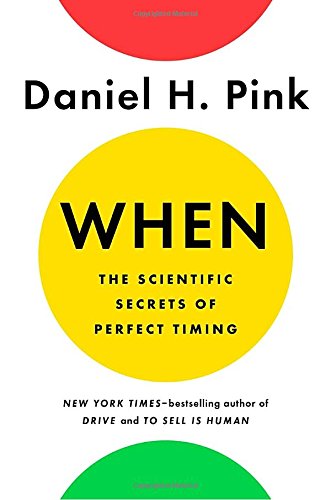 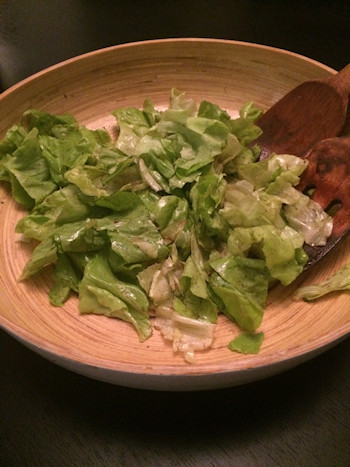 Lots of ensalada verde. I’m still in Uruguay for the winter and here we eat a plain green salad almost every night, which is a very common thing to do. I love the simplicity of it, and the lettuce here is fantastic (it’s kind of like Bibb), but it could get a little boring without a good vinaigrette. My friend Yvon gave me a simple recipe that works great. Using a garlic press, squeeze a garlic clove (or two) into a bowl and let it sit there for a couple of hours mixed with salt, extra virgin olive, and balsamic vinegar (whatever proportions you like). When it’s time to eat, toss in your greens. Voila!