Flitting About: Because of the launch of my new career book,The Gutsy Girl Handbook: Your Manifesto for Success, I’ve been doing a lot of press lately, and also traveling around the country giving speeches, which I always enjoy. I like connecting with other women, and weirdly, one of my favorite pastimes is eating alone in hotel restaurants. I guess it’s because it’s a great chance to detach a little from the world. (Is that something you personally love or hate?) 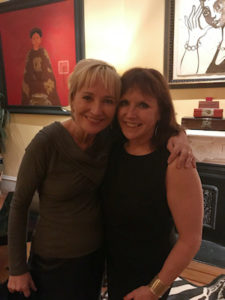 As part of the launch, I also hosted a networking party in my New York City home for young women in media. Wow, what a dynamic a group showed up. I did a short talk that night with my friend Lauren Anderson (photo, right), a former FBI executive and totally remarkable woman. Last year I interviewed Lauren not only for my next Bailey Weggins mystery, which will be out in March ’19 (she knows good stuff about serial killers!), but also for Gutsy Girls. Lauren offered a good tip for feeling more confident at a meeting. Spread out a little–with your phone, papers and coffee. When you own your space, people are more likely to pay attention.

Starting a New Stand-Alone. I just began my sixth stand-alone psychological thriller, and I’m feeling kind of giddy about it. Sometimes when I kick off a new novel I’m reminded of that song from the musical Brigadoon, “(It’s) Almost Like Being in Love.” The experience in some ways resembles embarking on a new romance. It’s all so fresh and exciting, and you haven’t spotted the shortcomings yet! This new one is about a marriage, as was The Secrets You Keep (March ’17), and I love exploring that subject matter. 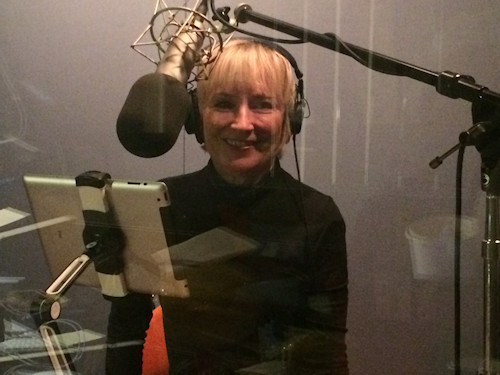 Recording One of My Books. It’s been rewarding to have audio editions produced of my mysteries and I’ve been honored that actresses like Kate Walsh and Parker Posey have done them. But for The Gutsy Girl Handbook, I actually recorded the audio myself. Though it was fairly exhausting work over three days, I found it rewarding, thanks in large part to a fabulous team at Grand Central Audio. My director was an amazing voice-over actress named Robin Miles, who’s recorded hundreds of books herself. When I started to get hoarse, she gave me tea with a teaspoon of cinnamon mixed in, and it soothed my throat beautifully. Who knew? 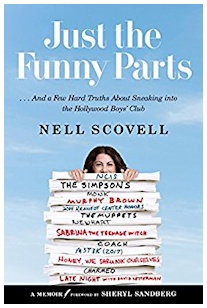 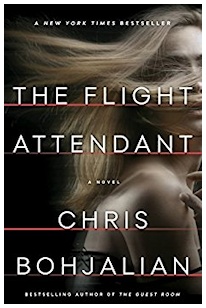 Just the Funny Parts by Nell Scovell. This juicy, funny book manages to be part memoir and part survival guide. Scovell is a TV writer and producer who’s worked on shows like The Simpsons, NCIS, and Late Night with David Letterman. It’s enlightening to read not only about some of the struggles she’s faced in this male dominated world, but her own creative process.

The Flight Attendant by Chris Bojalian. This novel has garnered a ton of buzz, and for good reason. It’s a captivating thriller that moves at the speed of a jumbo jet, and also a satisfying novel about a woman struggling to find her place in the world. If it hasn’t been optioned yet for a movie, it will be soon, I’m sure. 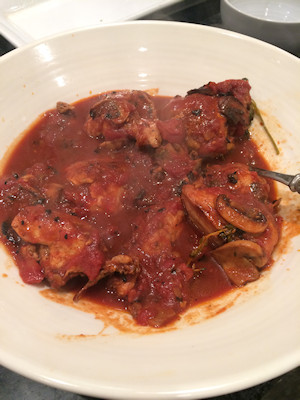 April has been unseasonably chilly in the Northeast, so I’m still craving and cooking plenty of comfort food! I loved this Chicken Marengo from Pierre Franey for the New York Times. The whole is even more flavorful than the sum of the parts.