When you travel on vacation, do you generally disconnect totally from your job or do you make sure to stay in the loop—either a little or a lot?

I admire anyone who allows the work world to completely slip away for a period, but on vacation I’ve always made myself write for, bare minimum, an hour each day. I know. That pegs me as slightly work obsessed and perhaps even sad. But please, let me explain. I’ve always found that writing while traveling makes it easier for me to stay in touch with the characters I’m developing. I don’t want to return home and find that they’re near strangers, that I’ve forgotten the color of their eyes or the true depth of their murderous rage.

Except on the most recent trip, I mostly didn’t stay in touch. I went off for two weeks to Australia with my husband (yeah, bucket list at work!), and because we were almost always in motion, the only time I found to write was when we were on airplanes. Mostly I focused on the magnificent Australian continent, whether touring the Sydney Opera House, exploring Kangaroo Island, snorkeling on the Great Barrier Reef, or traipsing through the spectacular rain forest in the north. FYI, though Australia has more creatures that can kill you than any other place in the world, I did not encounter any killer sharks, deadly octopus, murderous spiders, or monstrously venomous snakes. 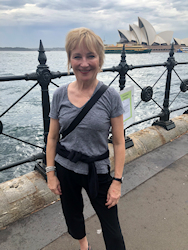 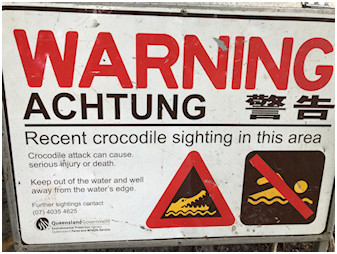 So now that I’m finally back home, I’m about to discover whether not writing for such a long stretch means I’ll have a difficult time getting fully back into the flow. I won’t, however, kick myself if that’s the case. I loved every moment of my trip.

(By the way, what’s on your bucket list? I’d love to hear. Let me know at kate@katewhite.com.)

And speaking of writing, I’m delighted to report that The Secrets You Keep (2017) has just gone back for another printing, so a huge thank you for your support. And it’s only five more months until Such a Perfect Wife (May 7). Check my website (katewhite.com) in a couple of months for where I’ll be appearing on my book tour. And I would love to have you pre-order!

If you’re a thriller lover like me and are still mourning the end of Killing Eve and/or the final season of The Americans, let me recommend Bodyguard on Netflix. No, not The Bodyguard, as in Kevin Costner and Whitney Houston, which I’m embarrassed to say I’ve watched at least 25 times (I have no clue why I love it so much because he’s not really very good at his job, is he?). This is a sleek, pulse-pounding British thriller revolving around politics and terrorism. Six episodes. I’m praying it will be back next year. 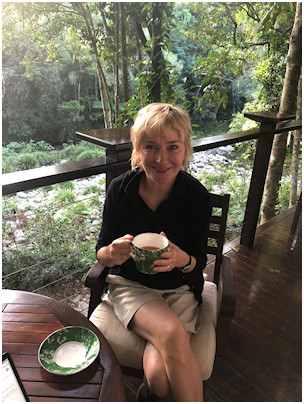 I haven’t had much time for whipping up food this month, other than Thanksgiving, but I returned from Australia determined to make my daily tea breaks a little more charming. We were often served tea both mid-morning and mid-afternoon (tea brewed with loose leaves so it was always delicious). In pretty cups. And oh, there were yummy accompaniments, too—scones and/or a uniquely Australian treat called Lamingtons (pieces of sponge cake that have been coated in chocolate sauce and then rolled in fine coconut). Making the ritual special made the day special as well.