Enjoy a Free Sneak Peek at Such a Perfect Wife

It’s now only three months until the release of my next suspense novel, Such a Perfect Wife (May 7), and I’m so pleased to kick off the countdown by offering you an excerpt of the book. Click here!

If you pre-order the book, you’re guaranteed an early read. Here’s a quick summary of the plot:

Blonde. Beautiful. A Loving Mother.
And Missing Since Monday

On a sunny morning in late September, Shannon Blaine, a wife and mother of two, set off for a jog along the roads near her home in Lake George, New York. It was her usual a.m. routine after dropping the kids off at school…except on this day she never returned. Is her husband lying when he claims he has no idea where she is? Could Shannon have split on her own, overwhelmed by the pressures of life? Or is she the victim of a sexual predator?

What I’m Reading and Watching 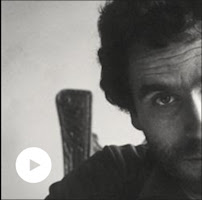 The Dry
By Jane Harper

This is the second mystery of Harper’s I’ve read in the past six weeks, and I’m so glad I discovered her. The Dry is a riveting, haunting police procedural. This author isn’t into cliff-hanger chapter endings, but rather making every page spellbinding. And it was great to read another book set in Australia since I spent two weeks there in November. Regardless of whether you’ve been, it’s on your bucket list, or you have no inclination whatsoever to go Down Under, I know you’ll devour this book.

Conversations with a Killer: The Ted Bundy Tapes
On Netflix

I can’t help it. Bundy has always fascinated me, and I know that’s true for many other mystery authors. During the International Thriller Festival in July, I like to give a dinner party for some of my author friends who attend, and last year the conversation soon turned to Bundy. (Trust me, it was a crowd that could handle such gruesome talk over gazpacho.) Interesting tidbit: When true-crime author Ann Rule was still alive, I went to hear a talk of hers in NYC, and she discussed how she’d befriended Bundy when they both worked on a suicide hotline, not knowing, of course, that he was already on his horrifying killing spree. She said her dog, who generally loved people, absolutely hated him, and would growl fiercely in his presence. 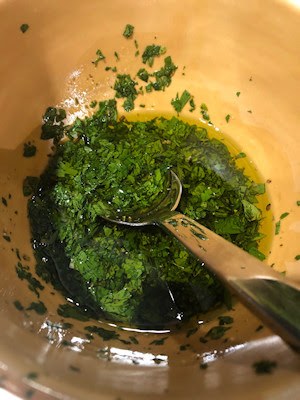 I’m still in Uruguay for the winter, and I’ve been perfecting my chimichurri, which is a specialty of this country and Argentina. It’s a sauce made of chopped parsley, olive oil, red wine vinegar, red pepper flakes, garlic, oregano, salt, and pepper. Here’s a link to a recipe I really like. Try it on meat or poultry, particularly simply grilled chicken.