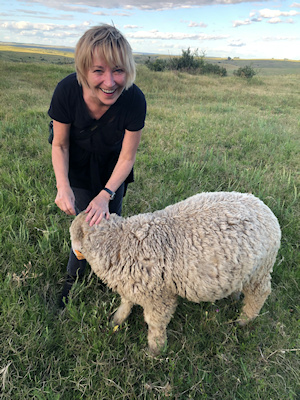 I hope winter is treating you well. I’m still in Uruguay, where it’s just turning to fall. Recently my husband and I took a great trip three-and-a-half hours north from the beach town we live in and stayed at a small, wonderful ranch called Estancia Los Plantanos. Though we were only gone for a day and a night, it was absolutely sublime. We ate lunch under the the trees as kitties, dogs, sheep, and horses wandered about. It reminded me of something a friend said once, that because we often mistakenly think we need a big block of time in order to rejuvenate, we put it off, but sometimes all that’s really called for is a day, or even an hour. Have you found that to be true, too?

A Few Fun Facts about Bailey

My new suspense novel is the eighth Bailey Weggins mystery. You DO NOT need to have read any of the previous books in the series in order to enjoy this one. They all stand on their own. But if you’re wondering about Bailey, or simply want to be reminded, here are a few details.

The Silent Patient
By Alex Michaelides

You may have heard the buzz regarding this instant #1 bestseller about a painter sent to a mental hospital for killing her husband. Since the day of the murder, she has never said a word, and her therapist is on a mission to get her to speak and learn the truth. It’s absolutely riveting, and here’s a chilling detail: the book was apparently inspired in part by the author’s experience working in a secure psychiatric unit.

A haunting, beautifully written memoir, and in a sense a mystery/whodunit, too. It’s about a journey the author embarks on when she learns from a DNA test, which she had done simply to discover more about her ancestry, that her father is not really her father. 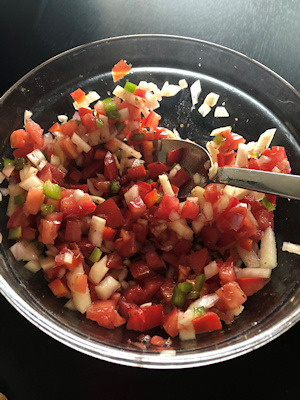 Last month I raved about the chimichurri sauce I learned to make from my friend Maria Lara here in Uruguay. She also taught me her fabulous recipe for salsa. It’s quite different than the salsa we have in the states: Dice tomatoes, red peppers, green peppers, white onion, and a small amount of red onion. Mix. Stir in extra virgin olive oil, a splash of balsamic vinegar (practically the national drink here), salt and pepper. It’s fantastic over grilled chicken or chicken Milanese!