Yay, this is the month I get to unveil the cover for my next standalone psychological thriller, HAVE YOU SEEN ME?, and I hope you find it as compelling as I do. 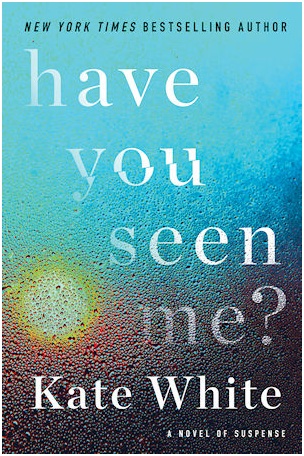 I loved working on this book. It’s got what I think is a killer twist and the writing involved doing some fascinating research into forensics, fugue states, and amnesia.

Here’s a brief summary of the book:

HAVE YOU SEEN ME?

On a rainy fall morning, personal finance journalist Ally Linden shows up at the office, grabs a seat in the conference room, and starts scribbling notes. But minutes later she’s told by the head of the company that she doesn’t actually work there anymore. In fact, she hasn’t been an employee for the past five years. Ally, it turns out, has no recollection of anything that’s happened before this exact moment.

Before long her memory returns—except for the past two days. Where was she during that time and what was she doing? Does her husband know more than he’s letting on? And why does she have blood-stained tissues in her coat pocket?

Soon, Ally begins to suspect that someone is watching her—and out to get her. Is it possible that she witnessed something she shouldn’t have during the days she was missing?

As she sets out on a desperate search for the truth, Ally must dig deep into the secrets of her past, learn to read the lies in people’s eyes, and outsmart the unseen person who seems determined to silence her.

If you’d like to learn even more about the book, you can read the first two chapters on my website.

I always get a lot out of the annual Bouchercon Mystery Conference, but this one—held in Dallas in late October–was really special for me. First, I got to socialize with so many author pals, including Lisa Unger, Lou Berney, Chris Pavone, David Palmer, Hallie Ephron, Kimberly Belle, Caz Frear, and Wendy Corsi Staub. I also moderated a panel on psychological thrillers with four fantastic authors: Wendy Walker, Taylor Stevens, Kaira Rouda, Joanna Schaffhausen, and Laura Benedict. It became almost a master class in writing psychological suspense. One of my favorite tips: If you want to make sure an unlikeable character is nonetheless irresistible to your readers, consider giving him or her a killer sense of humor. 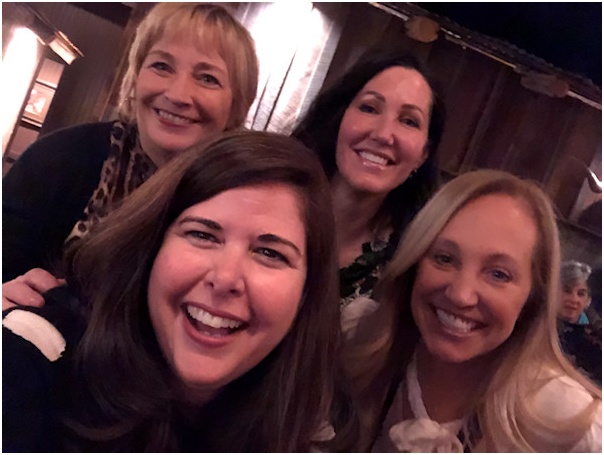 Last but not least, I finally got the chance to visit the Texas Book Depository Museum and stand near the spot where Lee Oswald shot JFK. Haunting, sad as hell, but at the same time illuminating.

I made a point of reading this book because Laura was on my Bouchercon panel, and it’s got a really fresh premise that compels you to quickly turn the pages. (Not to be confused with a terrific Lisa Unger thriller with the same title, which I covered in a previous newsletter. That sometimes happens because book titles can’t be copyrighted.)

Catch and Kill: Lies, Spies, and a Conspiracy to Protect PredatorsBy Ronan Farrow

Farrow’s riveting expose of Harvey Weinstein’s (and others’) attempts to silence those he’d sexually assaulted and harassed—an expansion on the work that won him a Pulitzer—is a thriller in its own right. You won’t be able to put it down, and you will feel so grateful for the work of a dogged journalist who refuses to be intimidated into halting his efforts.