Let’s start with YOU.

It’s hard to believe, isn’t it, that we are still all in the grip of this terrible pandemic? I feel so heartsick about what million and millions of people are going through. I just hope you are well and coping okay.

I’d love to hear how you’re doing. If you have a moment, please drop me a note at kate@katewhite.com.

HAVE YOU SEEN ME? Named an Amazon Best Book! 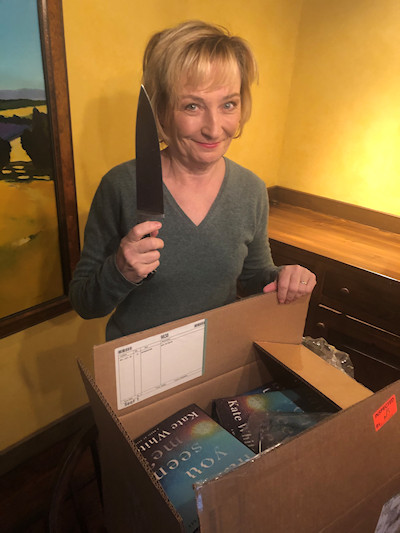 I want to send a huge thank you to all of you who helped make the first weeks of my new psychological thriller, HAVE YOU SEEN ME?, such a big success. I appreciate you not only buying the book, but also taking the time to review it on Amazon, Goodreads and BookBub. I’m thrilled to report that it was named a Best Book of the Month by Amazon.

If you haven’t had a chance to check out HAVE YOU SEEN ME?, below are links to the trailer and first chapter, as well as links to order. It’s about a woman named Ally Linden, who disappears for two days but has no memory of where she’s been or what happened to her. Desperate to know the truth, Ally not only works with a therapist but also hires a private eye. It soon becomes clear that she saw something she shouldn’t have and there’s someone out there who wants to make sure she never learns what it was.

What a wonderful honor for my Bailey Weggins mystery from last year, SUCH A PERFECT WIFE.

Lie to Me
By J.T. Ellison

Sutton and Ethan Montclair’s idyllic married life is not as it appears. Consumed by professional and personal betrayals and financial woes, the two both love and hate each other. As tensions mount, Sutton disappears, leaving behind a note warning him not to look for her. I’m not sure how this happened, but the terrific J.T. Ellison fell off my radar, and I haven’t read one of her books in a while. I was so delighted to just discoverer this recent gem from her. What whip-smart, compelling writing!!! I won’t lose sight of Ellison again.

Roseanna
By Maj Sjowall and Per Wahloo

On a July afternoon a young woman’s body is dredged from Sweden’s beautiful Lake Vattern. With no clues Detective Martin Beck begins an investigation not only to uncover a murderer but also to discover who the victim was. Three months later all Beck knows is that her name was Roseanna and that she could have been strangled by any one of eighty-five people aboard a cruise she was traveling on. I’d all but forgotten about this 1960’s police procedural until recently when I saw that co-author Sjowall had passed away. So glad to be reminded. It’s a fantastic read that gave birth to Nordic Noir. When I stumbled on it right out of college, it (and the rest of the series) totally cemented my love for mysteries and thrillers.

Just like last month, I’m cooking a lot of pasta dishes (and not hating myself for it!!). Recently I rediscovered the amazing tomato sauce recipe that Italian cookbook author and legend Marcella Hazan made famous a few decades ago. It’s sublime and requires only four ingredients: a can of plum tomatoes, an onion, butter (yes, butter and lots of it), and salt. 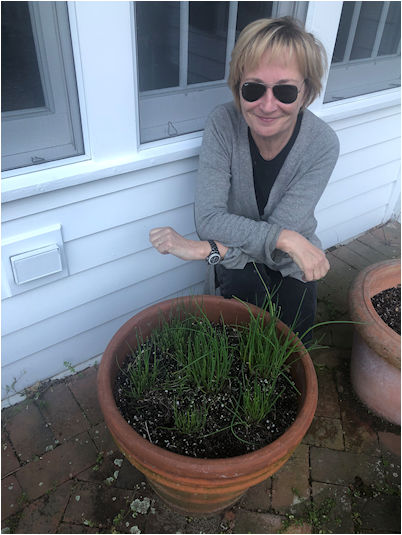 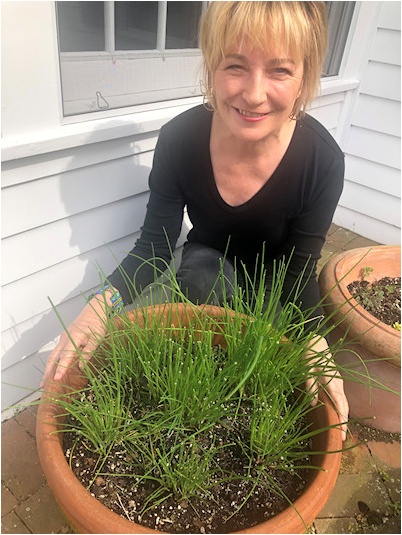 Little Pleasures: I’ve had the chance to see my chives grow this spring and watch a couple of birds build their nests.