Wishing You a Happy Autumn!

We’ve had a really warm, summery summer in the northeast, but for the last few weeks there’s been such a big hint of fall. The days are shorter, of course, the tree leaves are tipped with yellow, and the other night a bear took down our bird feeder and ate all the seed, perhaps as early prep for hibernation. Just glad she didn’t show up the night I was wandering around outside with my binoculars looking at Jupiter, Mars, and Venus.

I’m trying to savor the last days of summer by serving tomatoes every possible way I can imagine: with mozzarella, with goat cheese, with blue cheese, in Greek salads, as tomatoes Provençal, with fresh pasta sauces, in homemade salsa, slow roasted, even as tomato butter. I read that Giselle and Tom Brady have been warned off them by their nutritionist, but I refuse to forsake them. Life is too short to never have tomato sandwiches on white bread with a ton of mayo!

Are you ready for fall? I hope that as the next months unfold, they’re good for you, and that you get the chance to see lots of friends and family and be out in the world a bit more than you probably have been.

What I’m especially enjoying right now is having plenty of time to work on my next book. I’m referring to the book that will be out in 2022 because next year’s, thankfully, is already turned in!

And guess what? It won’t be long before I can share the title and give you a sneak peek at the cover. I’m really happy with this book—it’s a domestic suspense but also kind of what they call a “locked room mystery”—and I really hope you’ll enjoy it.

And Just in Case You Haven’t…

…read my latest book yet, I’d love to take a moment to tell you about it. Named a best book of the month by Amazon, HAVE YOU SEEN ME?, is a thriller and whodunit rolled into one, and I think you’ll enjoy curling up with it as the temperature starts to dip.

On a cold, rainy morning, personal finance journalist Ally Linden arrives at her office soaked to the bone, only to find she’s forgotten her key card. When her boss shows up a short time later, he’s shocked to see her because, he explains, she hasn’t worked at the company in five years. Ally is apparently in a fugue state and has no idea how or why she ended up there.

As she tries desperately to figure out where she’s been, it becomes increasingly clear that something terrible happened in those forty-eight hours–and someone will stop at nothing to make sure she doesn’t learn the truth. 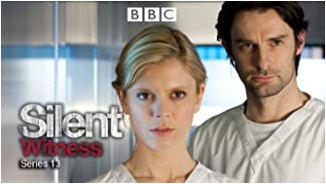 The Kind Worth Killing
By Peter Swanson

Last month I recommended the latest Peter Swanson novel, EIGHT PERFECT MURDERS, which I found wickedly enjoyable. Well, I’d barely finished the last page when I was ordering THE KIND WORTH KILLING, his mystery from 2015. Another winner. Swanson’s books don’t have ton of action, and you’re never in the middle of a crime scene, and yet they’re totally hypnotic. A neat trick, right? I think it’s because he gets so inside the heads of his characters. And boy, does he ever have a way of making murderers awfully compelling!

Are you worried that because no shows or series are being shot during the pandemic, you’re going to run out of things to watch? Do not panic. I’ve got two words for you: Silent Witness. It’s a terrific (though a tad gory) BBC crime drama, which I just discovered, about a team of forensic pathologists. I’m hooked, and there are—wait for it—23 seasons! 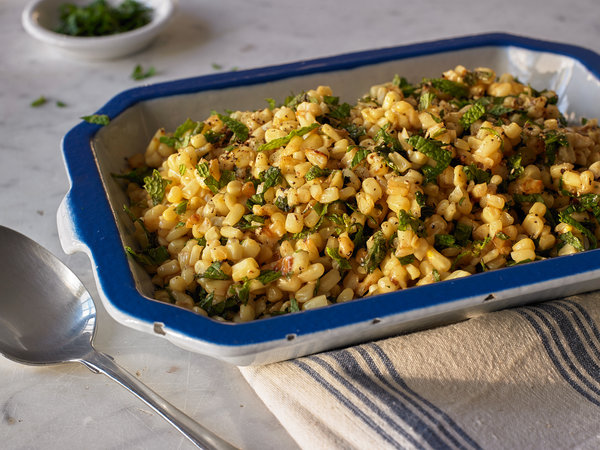 Don’t tell tomatoes this but they’re not the only summer food I have the hots for. I love, love corn. And this recipe is such an easy way to serve corn. The dish goes great with a roast chicken or chicken anything. And you can use frozen corn when the season is over.

About the Author: Laura Nicolassy