Are You Looking for a Great Summer Thriller?

If the answer is yes, I hope you’ll try my new suspense novel, THE SECOND HUSBAND, which publishes on June 28th. It’s a gripping, unpredictable psychological thriller about a woman whose seemingly perfect second marriage is rocked when the police begin to reinvestigate the brutal murder of her first husband. Booklist says: “This thoroughly involving psychological thriller promises a startling conclusion and delivers it.”

To order, just click one of the links below:

How the “Rule of Three” Helped Me Be More Perceptive

In THE SECOND HUSBAND, the main character, Emma Hawke, is a trend forecaster and researcher, and while writing the book, I dug deep to learn what I could about this profession and I then incorporated some of the findings into the novel. I also included bits of information I picked up over the years from observing researchers and forecasters who I hired during my magazine career. At one point in the book, I have Emma mention something called “the rule of three,” an approach I’ve heard trend forecasters reference. All I can say is that I love this rule, and it’s really helped me in my own life since first learning about it.

Here’s how it works: If something happens once, you can consider it chance, at least for now. If it happens twice, it’s curiosity or coincidence. But if it happens three times, it’s a trend of sorts and worth paying attention to. This rule applies not only to trends in the marketplace—like flowy dresses and cobalt blue everything this summer–but also to life in general. When you see something three times, take note! The rule of three has reminded me to pay better attention to the little things, and never dismiss anything that happens more than twice.

For the most part, I like my suspense set in the present. Case in point: I loved Netflix’s “Anatomy of a Scandal” with Sienna Miller and Michelle Dockery so much, I watched it twice. I might even go for a third this summer! And yet, much to my surprise, I seriously enjoyed the six-part miniseries “The Essex Serpent,” even though it’s a period drama taking place in the late 1800s, and it’s focused on a mythical sea creature that seems to be wreaking havoc on local folk along the southern coast of England. But it stars a captivating Claire Danes and an irresistible Tom Hiddleston. And I just couldn’t wait to discover what was really haunting Essex! 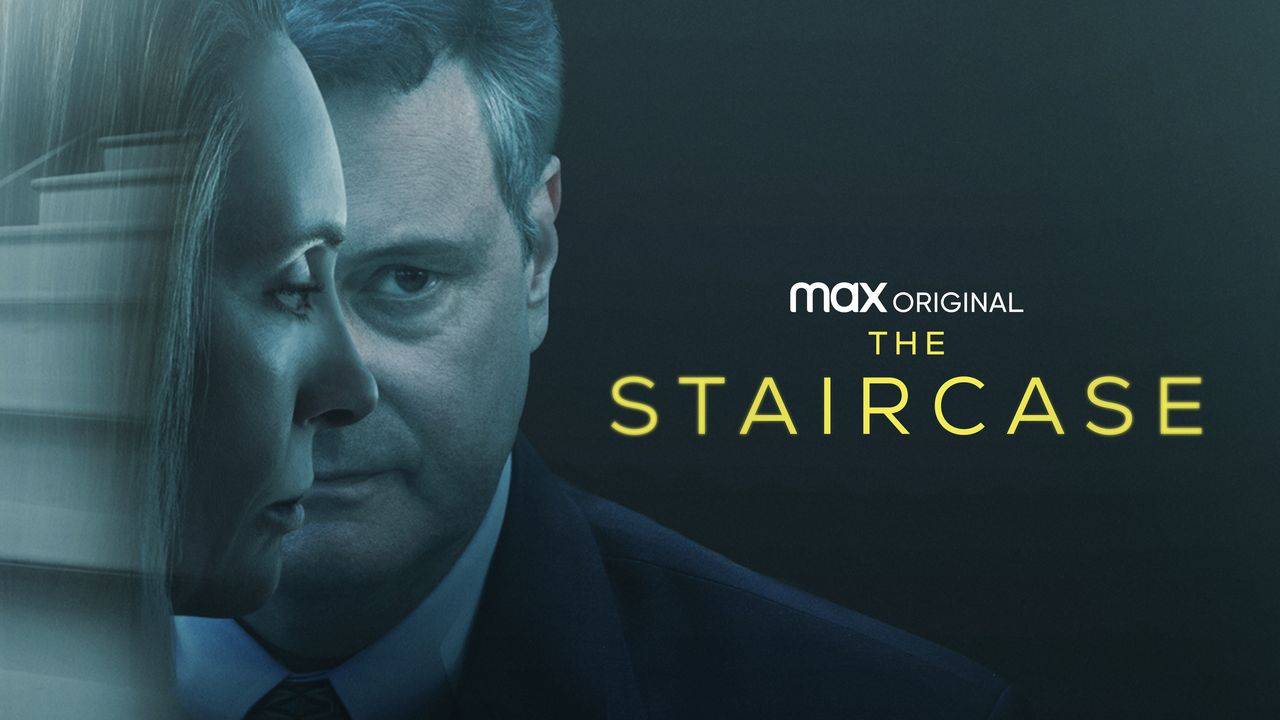 “The Staircase” is a true crime drama miniseries based on the 2004 crime documentary of the same name (you’re probably familiar with that one, right?), and stars Colin Firth as Michael Peterson, a writer accused of murdering his wife Cathleen (played by Toni Collette), who is found dead at the bottom of the staircase in their home. I devoured the docuseries and devoured this, too. It’s also a great family drama, and you can’t help but feel for the five kids at the center of the story. 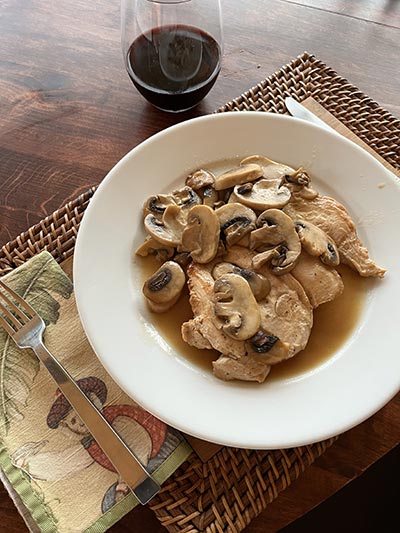 Is dinner an important nightly ritual for you? Mostly it is for me because I love having the chance to decompress each evening with good food and wine and also share that experience with my husband.But when one of us is in Pennsylvania and the other is in New York, I’ll make dinner just for myself, and I love that, too. I’ll bring a good book or iPad with me to the table and read between bites. My go-to meal when eating alone these days is this exquisite but incredibly simple (only six ingredients) chicken, mushroom, and wine recipe from Mark Bittman. It’s one of those recipes that tastes even better than what you imagine when you play with the ingredients in your head (and since my husband hates mushrooms, he’s not missing anything). Special bonus: you only need one pan. You might want to add a baguette to your meal to help you enjoy the incredible sauce, though I never dare to do that myself because I know I’ll eat the entire baguette in one sitting.