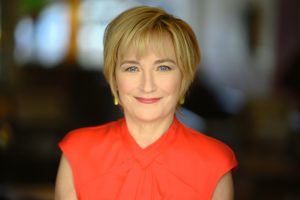 Kate White is the New York Times bestselling author of seventeen novels of suspense: nine standalone psychological thrillers, including The Secrets You Keep, The Second Husband, and Between Two Strangers (May ‘23), and eight Bailey Weggins mysteries.

For fourteen years Kate served as the editor-in-chief of Cosmopolitan, which under her became the most successful magazine in single copy sales in the U.S. Though she loved her magazine career, she decided to leave ten years ago to concentrate full-time on another passion: writing suspense fiction.

Kate’s first mystery, If Looks Could Kill, was a Kelly Ripa Book Club pick and #1 bestseller on Amazon, and she has received and been nominated for many awards in her media career, including an International Thriller Writers Award.

Like many female mystery authors, Kate fell in love with the genre after reading her first Nancy Drew book, in her case The Secret of Redgate Farm.

Kate is a frequent speaker at libraries, book conferences and organizations, and has also appeared on many television shows, including The Today Show, CBS This Morning, Morning Joe, and Good Morning America.

She is also the editor of the Mystery Writers of America Cookbook, as well as the author of several popular career books, including I Shouldn’t Be Telling You This: How to Ask for the Money, Snag the Promotion, and Create the Career You Deserve, and the ground-breaking Wall Street Journal bestseller, Why Good Girls Don’t Get Ahead but Gutsy Girls Do.

Kate is an avid traveler and birdwatcher and enjoys spending each winter with her husband at their home in Uruguay.