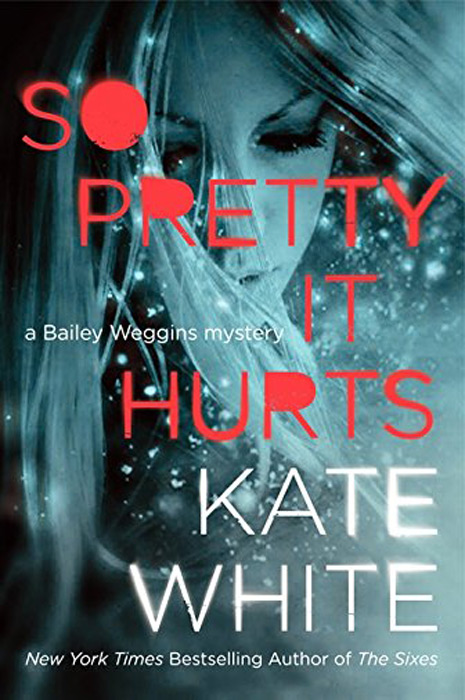 “..fast-paced, insider look at the seedy underworld of fame … series fans and readers who love tabloid drama will be enthralled.” – Publisher’s Weekly

Bailey Weggins, the thirty-something true-crime journalist for Buzz, a leading celebrity magazine, needs a break. Plenty busy with her day job, her freelance work, and trying to get her first book noticed, she barely has time for her recently exclusive boyfriend, Beau Regan, much less herself. When Beau goes out of town, Bailey accepts an invitation with her friend Jesse to a music mogul’s weekend house in upstate New York.But, the relaxing weekend getaway turns out to be more like an Agatha Christie whodunit. A weird tension has infected all the guests—a glamorous crowd of journalists and models, including the famous, and famously thin, supermodel Devon Barr. An impending snowstorm only adds to the tension. When Devon’s cold, lifeless body is found in her bed, Bailey immediately suspects foul play: she can’t shake the memory of a fearful and angry Devon shivering in the woods outside the house, whispering , “I have to get out here . . . It’s not safe for me.”When evidence goes missing from the crime scene, Bailey once again finds herself a moving target—running closer to the truth and even closer to danger.

Praise for So Pretty It Hurts

“Intriguing, well-developed characters and fast-paced action make this mystery an entertaining read. Cosmopolitan Editor White portrays the interactions between rural and city folk, including celebrities and their hired help, with accuracy and humor. The connections among the characters and the conflicts and issues that could potentially add up to a motive for murder maintain the suspense right to the end.” – RT Book Reviews

“… it’s good to have Bailey back in her sixth outing (after Lethally Blond, 2007). She’s a smart, sexy sleuth with a growing fan base.” – Booklist Online

“Fans will find it difficult to put down the exciting So Pretty It Hurts as we try to identify who the culprit is amidst a house filled with suspects; of whom most detested the deceased. The characters feel so realistic that the audiences will want to find out what the group members have against Devon. The Bailey Weggins series is one of the most entertaining and realistic series on the market today.” – The Mystery Gazette

“[Kate White] gives you lots of suspects to think about, lots of twisted relationships, and the ending is one of the most ironic I’ve read in a while. I won’t spoil it for you, but it really grabbed me and was the final finishing touch on a good story. Payback is a bitch.” – FrugalWahms

“So Pretty It Hurts offers murder, suspense, revenge, and popular culture wrapped in a near-perfect tale of jealousy (personal and professional) and weakness.” – Bob on Books

“Kate White’s incredible ability to keep the reader totally in the moment of the action, the suspense, and the mystery makes So Pretty It Hurts engrossing. Her ability to weave in all the little details, tie up loose ends, describe heart-stopping action like being abducted by a gypsy cab orbeing trapped in a burning barn keeps the reader’s mind racing and adrenaline pumping. Her characters, flawed, needy, and so humanlike, make the story so believable and give the reader a look at a unique segment of society that intrigues. Excellent entertainment!” – LASR Mystery Reviews

“Add a snowstorm and a murder and White has the makings of a terrific 21st century update of the classic Agatha Christie-style puzzle mystery with lots of possible suspects…Fans of the previous Bailey Weggins will eat this up with a spoon and newcomers will be introduced to one of the most sheerly entertaining series in modern crime fiction.” – Joe Meyers

“White gives readers an inside look at the life style of the rich and infamous in the world of high end models and music moguls. Using a breezy writing style, the author puts the famous city, its inhabitants and culture to good use as she draws readers into Bailey’s life. She keeps the action fast-paced, clues flowing, and suspense mounting until the surprising climax.” – Bella Online

“This latest installment of the series lives up to the precedent that Kate White has set with her previous Bailey Weggins mysteries and doesn’t fail to delight. While I admit to being a Kate White fan since her days as the editor-in-chief of Cosmopolitan magazine, I don’t feel at all biased to say that these are novels any mystery reader will enjoy immensely.” – Bookreporter